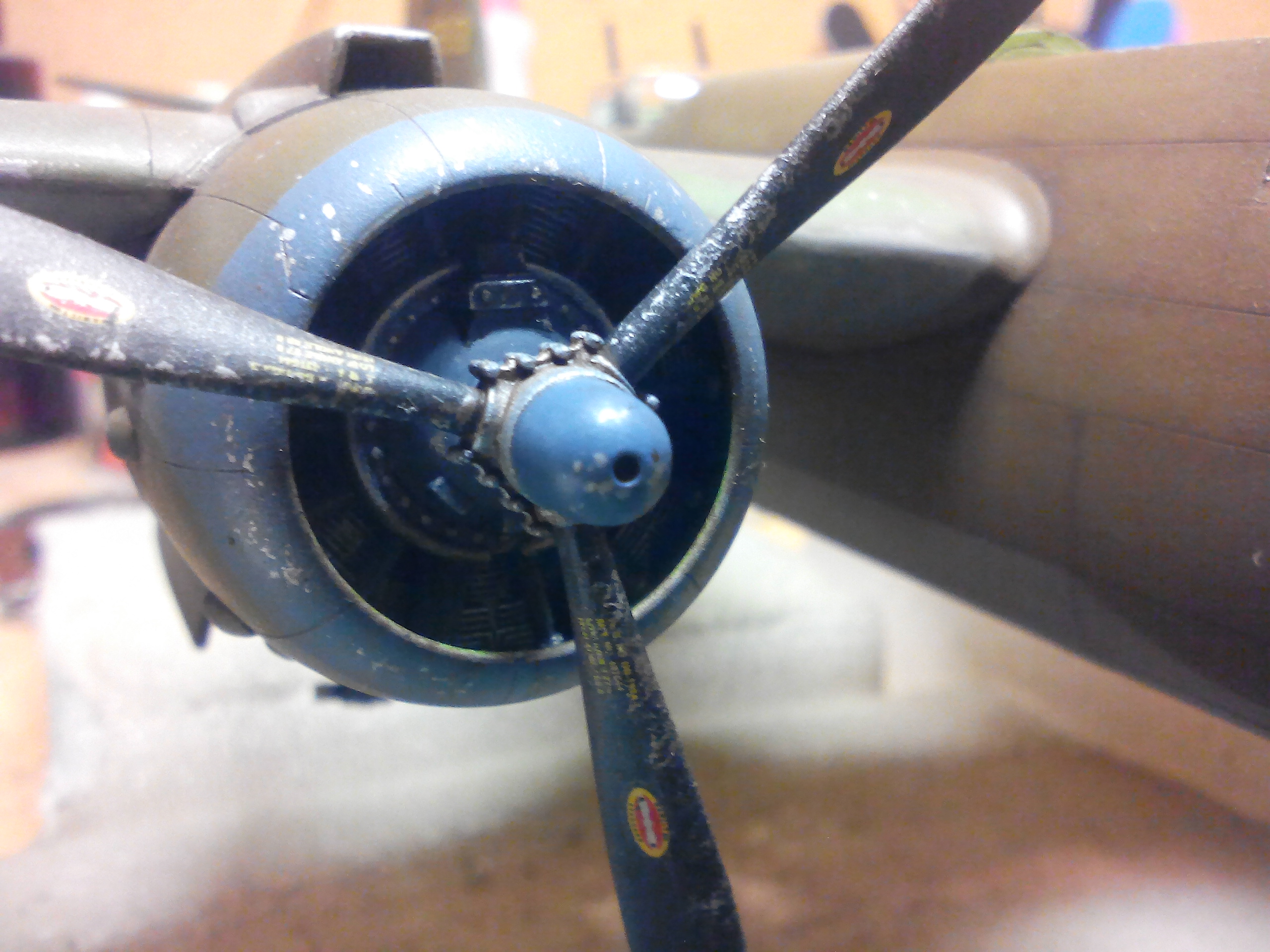 I received this kit for free from a modeler friend.  It was partially started and the bomb bay parts were missing.  Everything else was there so I decided to build this with the bay closed.  I added some resin wheels and life raft.  I also added the Eduard photo etch detail in the wheel wells and did some scratch building in the wells and a little framing in the cockpit.  The kit decals were to thick so I only used a few of them and used aftermarket decals to replace the lettering and the stars and bars insignia.  Invasion stripes were painted on.

Though the kit is older it did have recessed panel lines and offered decent detail.  I added photo etch seat belts from my spares box to the pilot seat.  Only major issue was the fuselage was warped making the tail twist about 10 degrees out of line.  I assembled the fuselage and then cut the tail section off along a panel line.  Re attached the tail with some support styrene strip framing on the inside and got the tail to line up.

The paint scheme is the aircraft depicted on the box and in the instructions.  I chose this scheme as I wanted to try my hand at painting on invasion stripes.  The weathering was done to depict an aircraft that saw regular use and showed signs of wear but not too heavy.

Powered by the Zeus Theme.Copyright © 2020 Styrene Haven · All Rights Reserved.